Global Business Mobility Visa: Does it Open the UK for Business?
Share

Global Business Mobility Visa: Does it Open the UK for Business? 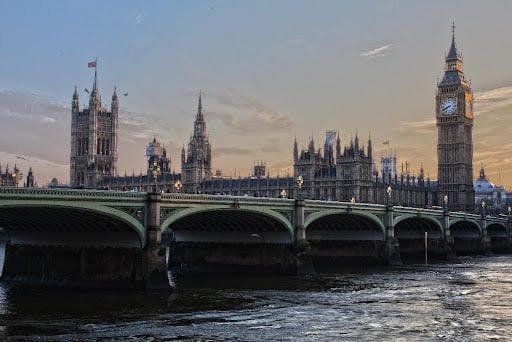 Turning the UK into an attractive place for the world's brightest and best, both businesses and workers. That was the aim of Rishi Sunak, Chancellor of the Exchequer, when he introduced the Global Business Mobility visa during the announcement of the 2021 budget.

Hopes were high, especially at the prospect of the old ‘Sole Representative of an Overseas Business’ visa being replaced by something that allowed companies to send a team of up to 5 people, rather than just a single person, to launch in the UK.

The Chancellor’s lofty aspirations, however, have not translated into a world-beating option. But companies should not despair, as the post-Brexit Skilled Worker visa is such a strong alternative. Now 16 months old, the Skilled Worker route was launched last January 1st 2021 at the height of the Covid-19 pandemic, with little fanfare. Arguably, it is what the UK really needed to give a major boost to businesses and acquire required skills.

Along with the Global Business Mobility visa category, the following UK visa categories are scheduled to be launched in 2022 with much-heralded changes:

These categories have their work cut out if they are to provide many improvements.

The Global Business Mobility visa is a new category of sponsored routes for overseas businesses seeking to establish a presence in, or transfer staff to, the UK for specific purposes. It has five different strands; only one is for long-term UK work, while the other four are designed to be temporary. All strands require companies to obtain a sponsor license from the Home Office before they can start sending their staff to the UK.

What is the Expansion Worker Strand?

TThe Expansion Worker strand of the Global Business Mobility visa replaced the old ‘Sole Representative of an Overseas Business’ visa. It is disappointing that this new strand does not lead to settlement for the (generally very senior) expat staff who are sent to launch their company’s UK operations. The old ‘Sole Representative of an Overseas Business’ route gave workers a clearer UK career path wherein the initial visa was for 3 years, which could be followed by a 2-year extension, and after which (with a total of 5 years in the UK) they would usually qualify for settlement.

The Expansion Worker route on the other hand, grants an initial 1 year, and is then extendable for a 2nd year. After those 2 years, the idea is that the company will be well established enough to get a Skilled Worker sponsor license, and switch his former Expansion Worker visa into a Skilled Worker visa instead. With this new type of visa, they will then begin the 5-year wait to be eligible for settlement, potentially only achieving this after 7 years since their arrival.

Why is the Expansion Worker Strand More Restrictive?

The new restrictions applied to the Expansion Worker Strand are in line with Migration Advisory Committee (MAC) advice. The MAC report is relatively illiberal in the sole representative area, saying “Allowing people to stay for more than 2 years raises the concern that the route could be abused as a way for people to obtain UK residence and work authorization, despite not making progress towards setting up a viable business”. They saw an abuse of the system in cases where someone came to the UK as a Sole Representative, and set up a business that did little more than employ the Sole Representative.

On the contrary, several people argue that this is not an abuse and that, however characterized, it did not hurt the UK. The new system, in balancing the economic need to bring new business to the UK and the desire to minimize chances of ‘abuse’, has strayed too far from the Chancellor’s original intention that seemed to focus on the UK economy.

How Does Sponsorship Work for the Expansion Worker Strand?

The Home Office grants an Expansion Worker sponsor license to a budding UK business without requiring it to have a UK-based manager. However, the company will still need a license, which typically takes 3 months to obtain; with a month (and a lot of management time) for the preparation of documents needed to support the license application, and 2 months for the Home Office to consider the application.

Once the license has been granted, it will initially allow only the named overseas manager to be sponsored. The manager must then apply for a UK visa that is processed for 3-weeks, come to the UK, and then apply to sponsor a maximum of 4 Expansion Workers if needed. The total time to get Expansion Worker boots on the ground is almost 4 months for the first person, and more than 5 months for the rest of the team. 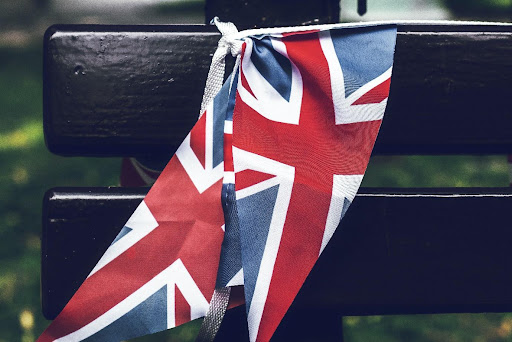 What are the differences between the Expansion Worker Visa and Skilled Worker Visa?

Many overseas companies are choosing to launch in the UK by partnering with an established UK business that can provide a more stable and long-term foundation for the team being relocated.

The Expansion Worker visa and Skilled Worker visa are the top options being considered for worker relocation. The following table highlights the differences between these two.

James Peters, CEO of Global Expansion, observes: “We help companies set up in new jurisdictions, and were expecting a lot from the Expansion Worker route. Because of the way it has been implemented, most clients wanting to set up in the UK are concluding that it is faster and cheaper to use our partnering service.

UK PLC benefits hugely from the inward investment of cash, the infusion of top talent, and all the network effects that arise when another high growth business joins one of the UK’s existing clusters. FinTech and blockchain businesses setting up in Shoreditch, Biotech companies in Cambridge, transport innovators on the M4 corridor, and green energy companies across the UK, all boost the UK ecosystem and its economy.

Global Expansion is a US business, but I am from the UK and love to see international clients launching in my home country. The UK is still the best place in the European time zone. It has a business-friendly environment, one of the best tax regimes, and is open for business.

The Global Business Mobility visa route is not quite perfect, but contact Global Expansion, and we will provide a partnership that makes a success of your entry to the UK; whether your focus is just the UK, or you require a European Hub, or even if you need to be in a time zone that makes it easier to support your African operations. 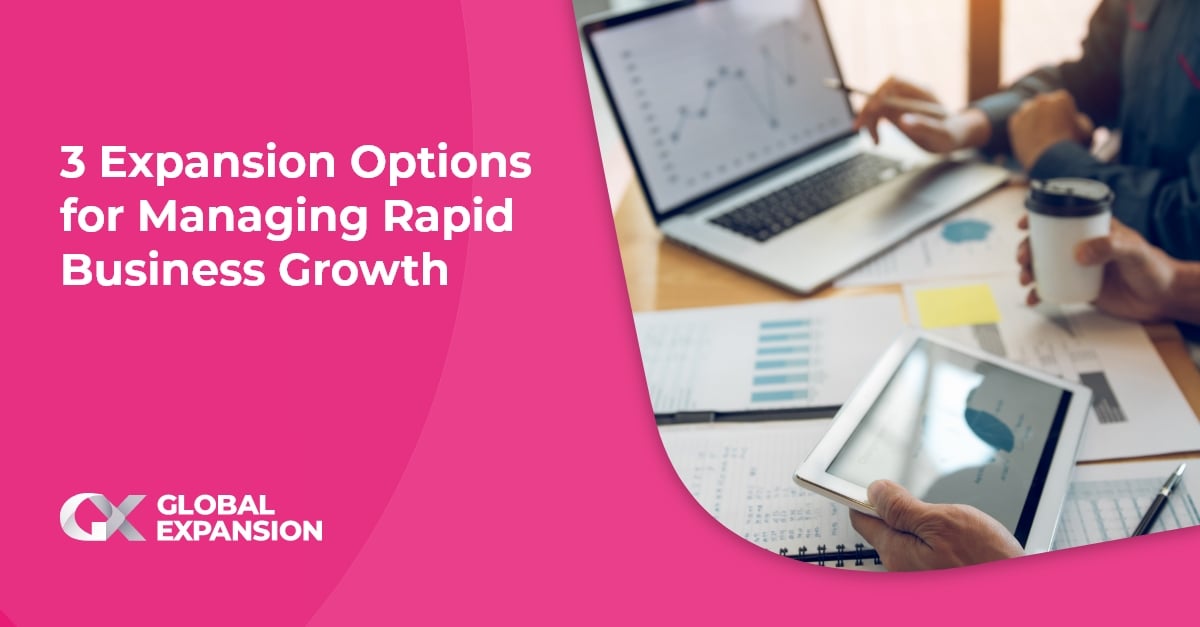 How To Simplify International Business Management 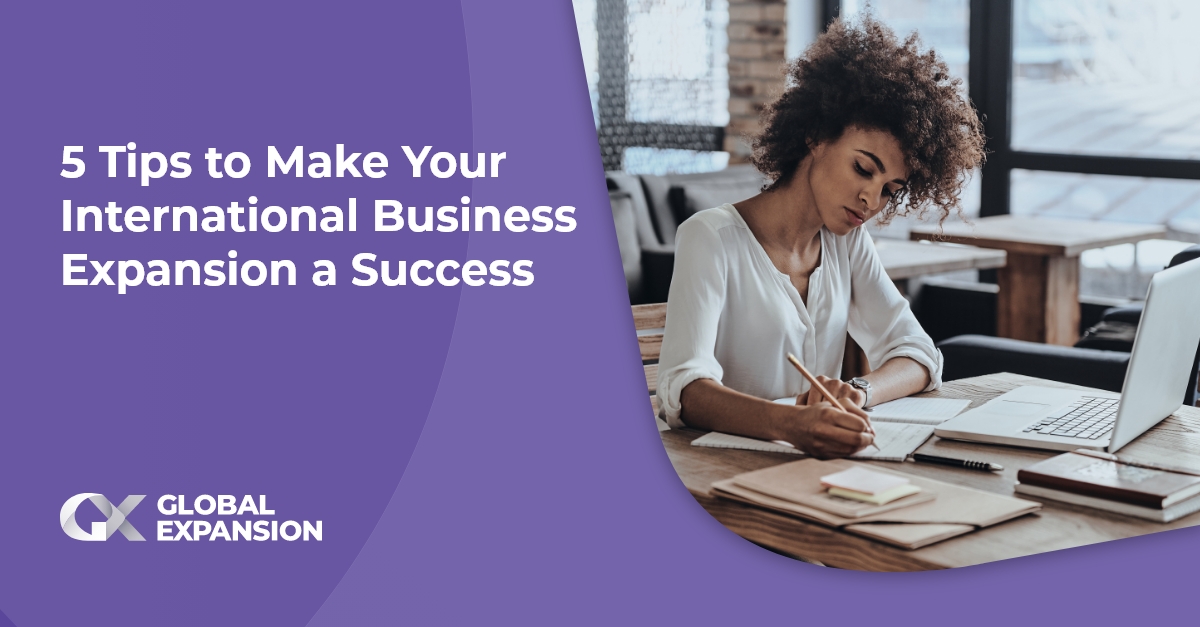 5 Tips to Make Your International Business Expansion a Success