The 7 Biggest Mergers and Acquisitions

Here are some of the largest mergers and acquisitions to ever take place.

The 7 Largest Mergers and Acquisitions

It’s estimated that 49,849 mergers and acquisitions took place in 2019, ranging from huge multinational arrangements to smaller regional deals. Whatever the size or scale, financial transactions of this kind are always complicated and fragile at the best of times.

If you’re considering a merger or acquisition in 2021, then you might find inspiration (or warning) in some of the largest mergers and acquisitions of all time.

Verizon Communications and Vodafone jointly brought Verizon Wireless to the market. However, in 2014, Verizon acquired Vodafone's 45 percent stake in a deal that eventually was thought to total around $130 billion. Following the transaction, Verizon completely owns the Verizon Wireless venture.

Dubbed the ‘deal of the decade’, Verizon’s excellent performance in the years that followed the acquisition made this an incredibly successful move.

A merger between H.J. Heinz Co. and Kraft Foods Group created a new organization (The Kraft Heinz Company) in 2016 that was expected to enter the world's top 10 largest food companies.

The deal between Heinz and Kraft cost approximately $100 billion and stakeholder expectations were high. However, the reality has been disappointing. The company has run out of steam and experts put the problems down to missed opportunities due to changing consumer preferences.

In 2000, Pfizer acquired Warner-Lambert for $90 billion. Both companies operated in the pharmaceutical drug industry and the deal between them became known as one of the most hostile acquisition examples in history.

The acquisition created the second-largest drug company in the United States and Pfizer obtained control of the profits of a highly sought after drug (Lipitor), which amounted to over $13 billion.

Two organizations that were already familiar with mergers and acquisitions joined forces in 2018. This acquisition was so massive the U.S. legal department had to interfere to sort out the issue.

AT&T first showed its interest to buy Time Warner in 2016 and, following actual government opposition, AT&T and Time Warner completed an $85.4 billion merger after receiving approval from the regulatory body.

The U.S. Department of Justice who opposed the deal said the government would not prevent the deal between them.

At the time, the companies were already the first and second-largest oil producers in the United States.

The deal closed at a whopping $80 billion and since then, investors have quadrupled their money and shares have gone up 293% with dividends reinvested. Despite initial skepticism, the merger is looked back on as one of the most successful in history.

Google acquired Android for an estimated $50 million back in 2005. At the time, Android was an unknown mobile startup company so the move raised some eyebrows.

However, the acquisition gave Google the tools it needed to compete in a market dominated by Microsoft and Apple.

Google is more than familiar with acquisitions of this kind, but this particular deal is seen as one of the most successful. This is because 47% of U.S. smartphone owners use a Google Android device as of May 2020.

Disney really knows what it’s doing when it comes to acquiring other profitable companies. The entertainment behemoths first acquired Pixar in 2006 for a cool $7.4 billion.

Although a staggering fee, the now joint studio has since released hits such as WALL-E and Toy Story 3, generating billions in revenue.

Three years after acquiring Pixar, Disney completed the same process with Marvel Entertainment. Like with Pixar, the subsequent films that were produced brought in billions at the box office. With each successful blockbuster, these acquisitions look more and more successful.

Whether an acquisition is large or small, there are always complicated obstacles you need to navigate. If you’re planning a deal of this kind, then it’s important to know the common pitfalls to avoid.

Our Guide to Mergers and Acquisitions

We’ve taken a detailed look at some of the largest mergers and acquisitions in recent years to determine the common pitfalls you’ll need to avoid if you plan on heading down the same path.

Our free guide outlines why others have failed and what you can do to ensure a positive outcome (Hint: Global Professional Employment Organizations). Get your copy now using the link below and start planning a successful merger or acquisition. 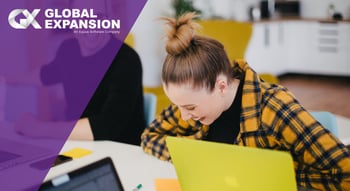 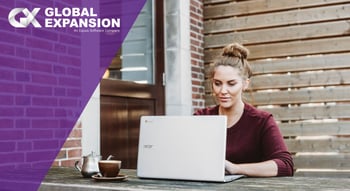 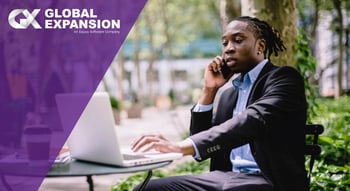